Woodbine's biggest weekend of racing after Queen's Plate is this weekend, including the 83rd renewal of the $600,000 Pattison Canadian International (G1), featuring top older horses going 1 1/2 miles, 1 complete lap of the E.P. Taylor Turf Course. The course was officially rated good, but with a 10.6 GoingStick reading, would be called "good-to-firm" in Europe. Conditions were typical for mid September in Toronto, with sunny skies and a post time temperature of 23.2 C (73.8 F). The race was not run in 2020 and is usually held in mid October, but due to the Covid-shortened season, was moved to Woodbine Mile day replacing the Northern Dancer Stakes which is its usual prep but will not be run this year.

A field of 8 faced the starter, with Walton Street sent off as the 4-5 favorite, winner of the Dubai City of Gold (G2) before finishing 4th in the Dubai Sheema Classic (G1), both at Meydan and third in the Grosser Preis von Berlin (G1) at Hoppegarten. In to challenge him included 5-1 second choice Corelli, winner of the Singspiel (G3) in August, and 6-1 third choice Fantasioso, still winless in North America and 3rd in the John's Call at Saratoga last out. Desert Encounter, winner of the last 2 renewals of the International (in 2018 and 2019), was the 7-1 fourth choice off a 2nd place finish in the August Stakes at Windsor.

Jockey Daisuke Fukumoto sent 41-1 longest shot Primo Touch to the lead first time by and he set easy fractions of 25.00, 49.49, 1:14.37, and 1:40.49 while pressed by Walton Street and stalked by Corelli. Into the stretch, jockey Frankie Dettori moved Walton Street out for room and he easily took over through 10f in 2:05.33. Kept to task by Dettori, Walton Street drew off late to win by 5 3/4 lengths over late-running Desert Encounter in 2:29.07. It was another 4 3/4 lengths back to pacesetter Primo Touch third. 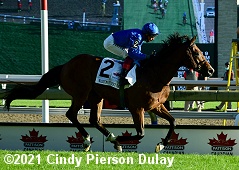 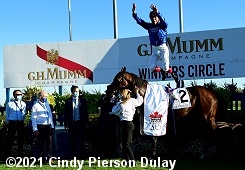 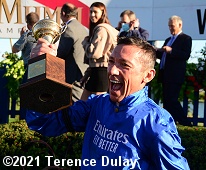 Left: Frankie Dettori makes his leap off Walton Street in the winner's circle. Alex Merriman, assistant to winning trainer Charlie Appleby said, "I think to be honest it worked out perfectly how we thought it would. I thought he would go forward and slot in. Frankie has his game plan, and turning in he always knew he was gonna kick on and he's gone and seen the race on nicely."

Right: Frankie Dettori celebrates with the trophy. Dettori leads all jockeys in the Canadian International with 4 victories, having won aboard Mutafaweq (2000), Sulamani (2004), and Joshua Tree (2010). 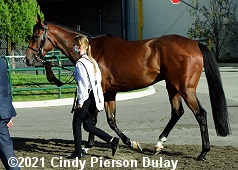 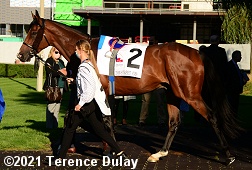 Left: Walton Street walks over before the race. Merriman added, "Yeah, he was in great form in Dubai and he ran a great one in Germany last time and he's put in a good performance here today. He's been with us a long time. He's a favorite in the yard and it was nice to see. He's a lovely horse."

Right: Walton Street in the paddock before the race. 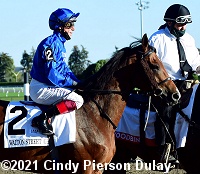 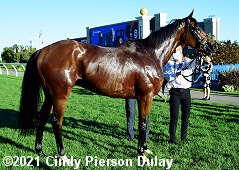 Left: Walton Street in the post parade. The Charlie Appleby trainee improved his record to 7 wins, 4 seconds, and 4 thirds in 19 starts, earning $962,153 for owner-breeder Godolphin Racing.

Right: Walton Street poses after getting hosed off. 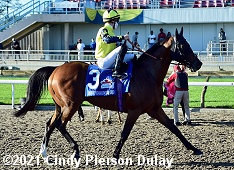 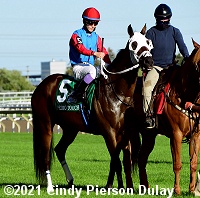 Left: Second place finisher Desert Encounter (who was looking to become the only 3-time winner of the International) returns after the race. The David Simcock trainee improved his record to 12 wins, 11 seconds, and 9 thirds in 47 starts, earning $1,567,451 for owner Abdulla Al Mansoori. 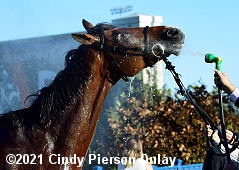 Left: The field breaks from the starting gate for the Pattison Canadian International.

Right: Walton Street enjoys the hose after the race.