We visited Darley America at Jonabell Farm in Lexington on Sunday afternoon. This open house was more informal and you could walk through the barns to see the horses in their stalls and ask to have one taken out to view. There was a large area in the courtyard in the middle of all the barns where the stallions would be displayed. Affirmed, the last Triple Crown winner, stood at stud here (while it was still Jonabell) and he is buried on the property. We couldn't include photos for all of their 16 stallions, but here are several for you to enjoy. Click the smaller photo to view a larger version. 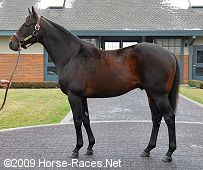 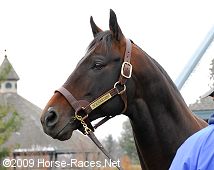 Bernardini won the Preakness, Jim Dandy, Travers, and the Jockey Club Gold Cup in 2006 and ended the year and his career finishing second in the Breeders' Cup Classic. He retired with a record of 6 wins in 8 starts with earnings over $3 million. The son of A.P. Indy out of Quiet American mare Cara Rafaela stands for a fee of $75,000. So far his weanlings sold for an average of $444,833. 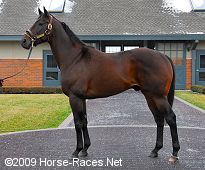 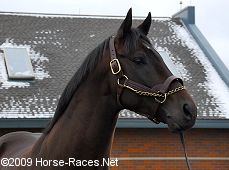 Street Sense is the only horse to win the Breeders' Cup Juvenile and the Kentucky Derby. The son of Street Cry out of Dixieland Band mare Bedazzle also won the Tampa Bay Derby, Jim Dandy, and the Travers, and was second in the Preakness, Blue Grass, and Kentucky Cup Classic. He retired from racing with a record of 6 wins, 4 seconds, and 2 thirds in 13 starts, earning $4,383,200 for owner James Tafel and trainer Carl Nafzger. In his second year at stud he commands a fee of $60,000. 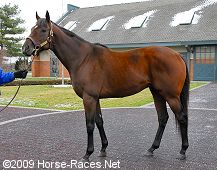 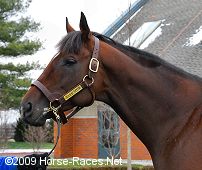 Hard Spun is a veteran of the 2007 Triple Crown, finishing second in the Derby and third in the Preakness. He also won the King's Bishop, the Lane's End, the Lecomte, the Haskell, and the Kentucky Cup Classic. The son of Danzig out of Turkoman mare Turkish Tryst retired with a record of 7 wins in 13 starts, earning $2,673,470 for owner Fox Hill Farm and trainer Larry Jones. In his second year at Darley he stands for a $40,000 fee. 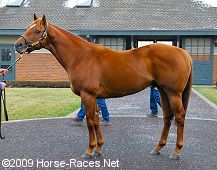 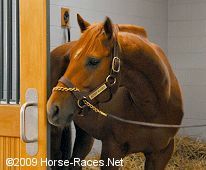 Henny Hughes is the only 3-year-old to win both the King's Bishop at Saratoga and the Vosburgh at Belmont, the latter in stakes record time. He also won the Saratoga Special, Tremont, and Jersey Shore, and was second in the Breeders' Cup Juvenile, Champagne, and Hopeful. The son of Hennessy out of the Meadowlake mare Meadow Flyer retired with a record of 6 wins and 3 seconds in 10 starts, earning $1,124,820 for owner Zabeel Racing and trainer Kiaran McLaughlin. In his second year at Darley he stands for a $30,000 fee. 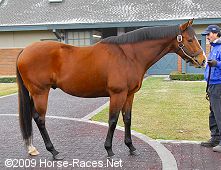 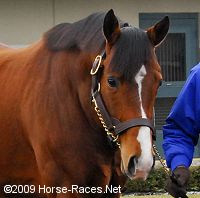 Discreet Cat has the distinction of being the only horse to defeat Invasor, a feat he accomplished in the UAE Derby at Nad al Sheba. That same year he also won the Jerome at Belmont and the Cigar Mile at Aqueduct. As a 4 year old he was third in both the Vosburgh and the Breeders' Cup Dirt Mile. The son of Forestry out of the Private Account mare Pretty Discreet retired with a record of 6 wins in 9 starts with earnings of $1,694,180. He stands for a $25,000 fee in his second year at stud. 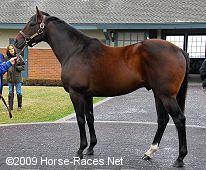 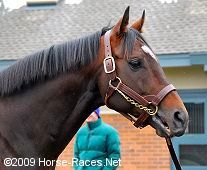 Any Given Saturday was raced by WinStar Farm and trained by Todd Pletcher but was sold to Darley upon retirement. The son of Distorted Humor out of A.P. Indy mare Weekend in Indy won the Haskell, Brooklyn, Dwyer, and Sam F. Davis, was second in the Tampa Bay Derby, and third in the Wood, all in his 3-year-old season. The $1.1 million yearling purchase retired from racing with 6 wins in 11 starts, earning $1,083,533. In his second year at stud he stands for a $30,000 fee.

Any Given Saturday winning the Haskell Invitational, Brooklyn handicap, and the Dwyer Stakes 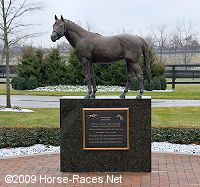 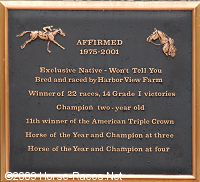 The grave of Triple Crown winner Affirmed which is adjacent to the main stallion barn. Affirmed stood at Jonabell (now Darley) until he had to be euthanized on January 12, 2001, due to laminitis that was aggravated by various joint problems due to his age and an old paddock injury. To the right is the plaque on the front of the statue base.