We visited Vinery Kentucky in Lexington on Sunday afternoon. In past years they would parade their stallions outside on the large walking ring located between the breeding shed and the barn, but due to the cold weather they were shown indoors in the center of the stallion barn making good photos difficult to get. The farm is home to 11 stallions including their top priced More Than Ready at $45,000, who was not brought out of his stall during our visit however you can see him from our 2006 visit here. Click the smaller photos to view a larger version. 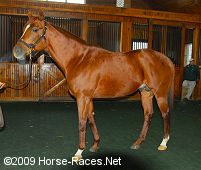 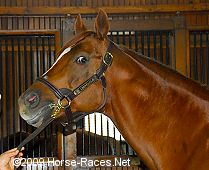 Limehouse was a stakes winner at 2, 3, and 4, including the Bashford Manor, Juvenile, Hutcheson, Tampa Bay Derby, Brooklyn, and Alysheba. The son of Grand Slam out of Dixieland Band mare Dixieland Blues retired with 7 wins, 2 seconds, and 3 thirds in 20 starts earning $1,110,433 for owner Dogwood Stable and trainer Todd Pletcher. He entered stud in 2006 and his first foals are 2-year-olds this year. So far his yearlings and weanlings sell for an average of about $40,000, and he commands a stud fee of $10,000.

Limehouse in the post parade before the Brooklyn Handicap 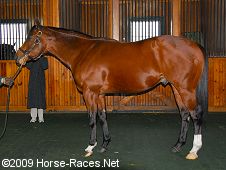 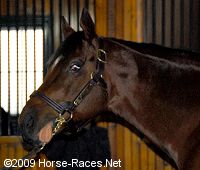 Posse raced 18 times with 7 wins including the Kentucky Breeders' Cup as a 2-year-old and the Riva Ridge, Lafayette, Matt Winn, and Thanksgiving Handicap as a 3-year-old, earning $662,841 for Heiligbrodt Stable and trainer Steve Asmussen. At stud, the son of Silver Deputy out of Rahy mare Raska has sired runners such as Kodiak Kowboy, Lantana Mob, No Advantage, Top Cop, and Law Enforcement. He stands for a fee of $20,000. 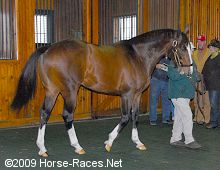 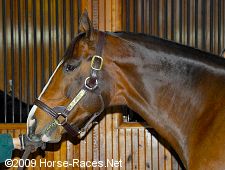 Purge is best remembered as the winner of the 2005 Cigar Mile, his only Grade 1 win, to go with victories in the Jim Dandy and Peter Pan. The son of Pulpit out of Copelan mare Copelan's Bid Gal retired with a race record of 6 wins in 15 starts, earning $905,434 for Starlight Stable and trainer Todd Pletcher. He stands at Vinery for a fee of $12,500, and his first crop are 2-year-olds this year. His yearlings sold for an average of $47,476. 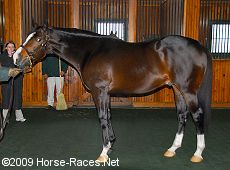 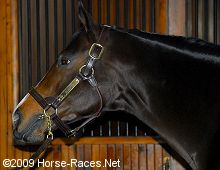 Silver Train won the 2005 Breeders' Cup Sprint and the Jerome, and came back to win the Met Mile and Tom Fool in 2006. The son of Old Trieste out of Cormorant mare Ridden in Thestars retired with a record of 6 wins in 17 starts, earning $1,259,345 for Four Roses Thoroughbreds and trainer Richard Dutrow Jr. His stud fee for 2009 is $17,500 and his first foals are yearlings in 2009. 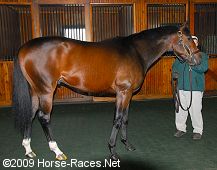 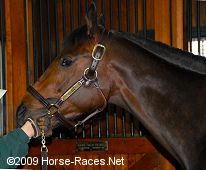 Street Hero only raced 6 times as a 2-year-old, including a win in the Norfolk and two third place finishes, the Breeders' Cup Juvenile and Del Mar Futurity. He had a record of 1 win, 2 seconds, and 3 thirds in 6 starts, earning $419,360 for owner-trainer Myung Kwon Cho. He suffered a knee injury in the Breeders' Cup and underwent surgery soon after, and was retired to Vinery. The son of Street Cry out of Summer Squall mare Squall Linda stands for an initial fee of $12,500. 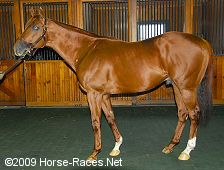 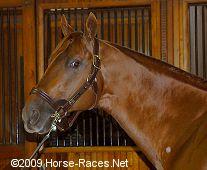 Pure Prize only had 1 stakes victory, the 2002 Kentucky Cup Classic, and one stakes placing in the Fourstardave the same year. The son of Storm Cat out of Seeking the Gold mare Heavenly Prize retired to stud with a record of 5 wins, 5 seconds, and 2 thirds in 17 starts, earning $475,459. His top runners as a sire include Pure Clan, Coronet of a Baron, Birdbirdistheword, Holy Nova, Carioca Da Gema, Cowgirls Don't Cry, and Nice Inheritance, and he stands for a fee of $12,500. He has two unusual striped feet, the left front and right rear.

Pure Prize before the 2002 Fourstardave Handicap