Saturday afternoon we visited Darley America at Jonabell Farm which has 12 stallions including the recently retired Preakness and Travers winner Bernardini and King's Bishop winner Henny Hughes. This open house was more informal and you could walk through the barns to see the horses in their stalls and ask to have one taken out to view. There was a large area in the 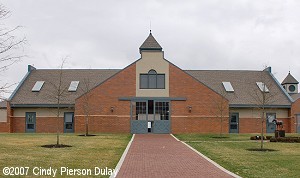 courtyard in the middle of all the barns where the stallions would be displayed. We couldn't include photos for all of the stallions as there are so many, but here are several for you to enjoy. Click the smaller photo to view a larger version.

To the left is a view of the main stallion barn at Darley. Their facility is gorgeous, clean, and the horses all look happy. You can see Affirmed's grave to the far right and a close-up of it is included below. 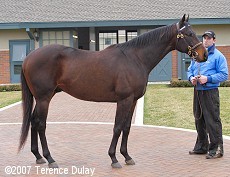 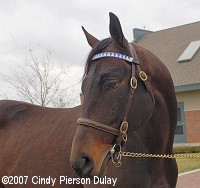 Bernardini only raced in 2006 during his 3-year-old season but he racked up 6 wins in a row including the Preakness, Jim Dandy, Travers, and Jockey Club Gold Cup. He finished second to Invasor in the Breeders' Cup Classic to close out his career and is a finalist for the 2006 Eclipse Award for 3-year-old colt. By the great sire A.P. Indy and out of the excellent race mare Cara Rafaela, they have great hopes for his career at stud and will be asking $100,000 for his intial stud fee. 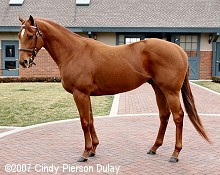 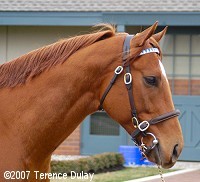 Henny Hughes retired with a record of 6 wins and 3 seconds from 10 starts, including the King's Bishop and Vosburgh in 2006, the only 3-year-old to ever win both of those races. He was also good as a 2-year-old, winning the Saratoga Special and finishing second in the Breeders' Cup Juvenile, Hopeful, and Champagne. The only sour note in his career was his last place finish in the Breeders' Cup Sprint as the heavy favorite. By Hennessy out of Meadow Flyer, he will stand for a $40,000 fee in 2007. 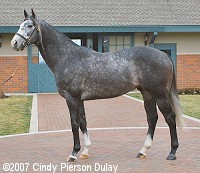 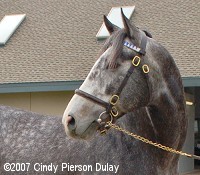 Rockport Harbor was undefeated as a 2-year-old, including the Remsen and Nashua Stakes. He hurt his foot in the Remsen (see photo) and never fully recovered from that injury. He only raced twice at age 3, where he was second in the Rebel Stakes, and twice at age 4, where he won the Essex Handicap, both at Oaklawn. By Unbridled's Song out Regal Miss Copelan, he will stand for a $20,000 intial stud fee. 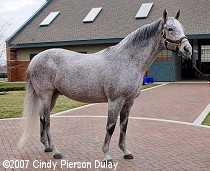 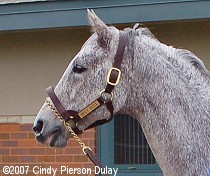 Holy Bull was an outstanding runner with 13 wins in 16 career starts. A graded stakes winner at 2 and 3, he was the Eclipse Award Champion 3-year-old and Horse of the Year for 1994 with wins in the Travers, Met Mile, Haskell Invitational, Woodward, Florida Derby, and Blue Grass. At stud, he has sired horses like 2005 Kentucky Derby winner Giacomo and 2000 Breeders' Cup Juvenile winner Macho Uno. He is much lighter than he was when racing, but still has a fiery spirit and looked like a handful to manage. By Great Above out of Sharon Brown, Holy Bull stands for a $15,000 stud fee. 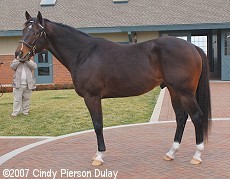 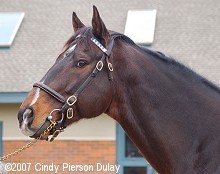 Kafwain was a precocious juvenile with 3 wins from 8 starts, including the Norfolk and Best Pal Stakes in California. He came for the 2002 Breeders' Cup Juvenile at Arlington and finished second. He started off good at 3, with a win in the San Vicente and a 3rd in the Santa Anita Derby, but had to retire due to injury. His first crop are 2-year-olds of 2007, so we will soon see how good his babies really are. By Cherokee Run out of Swazi's Moment, he stands for a $10,000 stud fee. 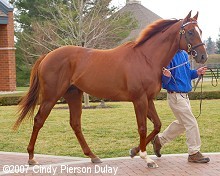 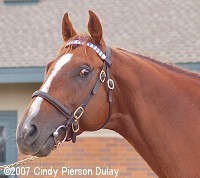 Consolidator was a $1.25 million yearling purchase and an outstanding 2-year-old who won the Breeders' Futurity at Keeneland and was 4th on the Breeders' Cup Juvenile. He won the San Felipe in his 3-year-old season, but had to retired due to an injury suffered in a workout. He was booked to 52 stakes winners or producers in his first year at stud and his first crop of foals arrives in 2007. By the great sire Storm Cat and out of the stakes winner Good Example, he stands for a $20,000 stud fee. 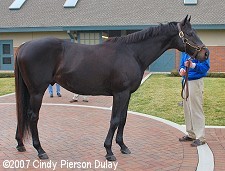 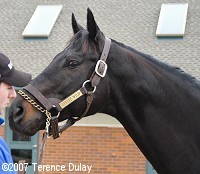 Offlee Wild raced from age 2 to 5 with stakes wins at ages 3, 4, and 5. He won the Holy Bull Stakes at 3 and was 3rd in the Blue Grass. At 4 he won the Massachusetts Handicap, beating Funny Cide, and at age 5 he won the Suburban Handicap (G1) and Excelsior Breeders' Cup. By top sire Wild Again and out of the Seattle Slew half-sister to Dynaformer, Alvear, he stands for a $10,000. His first crop of foals will arrive in 2007. 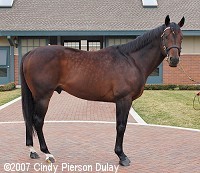 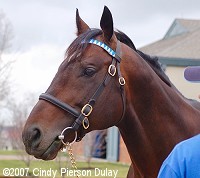 Street Cry was a winner from age 2 to 4, including wins in the the UAE 2000 Guineas, Dubai World Cup, and the Stephen Foster Handicap. He was 3rd in the 2000 Breeders' Cup Juvenile and 2nd in the 2002 Whitney Handicap to Left Bank who equalled the track record. At stud, he had 32 runners in his first crop with 4 stakes winners, including 2006 Breeders' Cup Juvenile winner Street Sense, so he is off to a solid start. By European champion 2-year-old Machiavellian out of Irish Oaks winner Helen Street, he stands for a $50,000 stud fee. 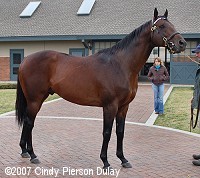 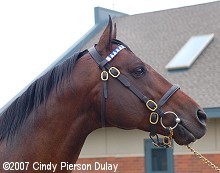 E. Dubai was a $1.35 million yearling and retired with a record of 5 wins and 3 seconds from 11 starts at ages 2 to 4. He won the Dwyer at 3 and was 2nd in the Travers and Super Derby, while at 4 he won the Suburban Handicap at Belmont Park. His first crop of runners includes the undefeated 2-year-old Barilko who was a finalist for champion 2-year-old in Canada. By the legendary sire Mr. Prospector out of the stakes winning mare Words of War, he stands for a $15,000 stud fee. 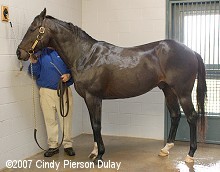 Cherokee Run raced from age 2 to 5 and retired with 13 wins from 28 starts including the Dwyer, Lafayette, and Derby Trial at age 3. His best year was at age 4 where he won the Breeders' Cup Sprint, De Francis Dash, and was 2nd in the Met Mile. He final win was in the Gulfstreatm Park Sprint Handicap at age 5. At stud he has sired 419 foals aged 3 and up with 23 black type winners, including Chilukki, Yonaguska, and Kafwain (who is in the stall next door to his sire). By Runaway Groom out of Cherokee Dame, he stands for a $40,000 stud fee. 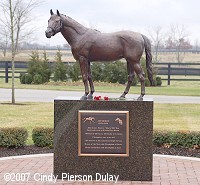 The grave of Triple Crown winner Affirmed which is adjacent to the main stallion barn. Affirmed stood at Jonabell (now Darley) until he had to be euthanized on January 12, 2001, due to laminitis that was aggravated by various joint problems due to his age and an old paddock injury.