Sunday turned out gloomy and pouring rain, so the photos for that day will all be inside with flash. The first farm we visited was Three Chimneys in Midway which has 12 stallions including Kentucky Derby winner Smarty Jones and 2001 Horse of the Year Point Given. Because of the bad weather, they only had the stallions in the main barn off the breeding shed available at the open house. Each was taken out and displayed in the center of the barn and they all looked really healthy and happy. Here are photos of five of them for you to enjoy plus a couple of scenic shots of the farm. Click the smaller photos to view a larger version. 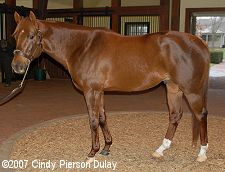 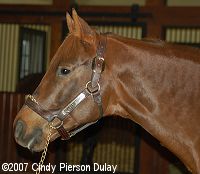 Smarty Jones is one of the most popular horses in recent years with 8 wins and a second in his 9 lifetime starts. He was undefeated through his wins in the Kentucky Derby and Preakness, only to lose to Birdstone in the Belmont Stakes by only a length. He had to be retired due to injury after that, but still has a huge fan following. By Elusive Quality out of the stakes winning mare I'll Get Along, Smarty's first foals are yearlings this year and he stands for a $100,000 stud fee. More about Smarty Jones. 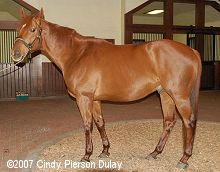 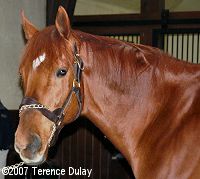 Point Given won just about everything in his 3 year old season except the Kentucky Derby. After his disappointing 5th place finish there, he went on to win the Preakness, Belmont, Haskell Invitational, and Travers. He was retired after his Travers win due to a tendon injury. So far at stud, he has sired six stakes winners from his 2 crops who have raced giving him a good start as a sire. By Kentucky Derby winner Thunder Gulch out of the stakes winning mare Turko's Turn, Point Given stands for a $30,000 stud fee. More photos of Point Given during his race career. 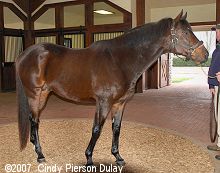 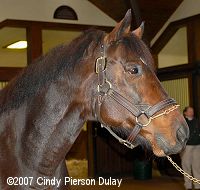 War Chant won 5 of 7 lifetime starts, including the 2000 Breeders' Cup Mile. He was also good on the dirt as well, winning the San Rafael and finishing 2nd in the Santa Anita Derby. At stud he already has 18 stakes horses from his first two crops, including 3 graded stakes winner. By the great sire Danzig out of Champion 3-year-old filly Hollywood Wildcat, War Chant stands for a $30,000 stud fee. A few more photos of War Chant during Derby week in 2000. 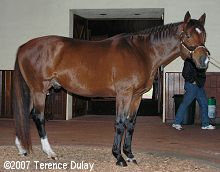 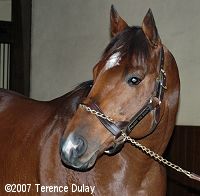 Albert the Great retired after his 4-year-old season with 8 wins, 6 seconds, and 4 thirds from 22 career starts with over $3 million in earnings. His wins included the Brooklyn Handicap, Suburban Handicap, Widener Handicap, and he was 3rd in the 2001 Breeders' Cup Classic to Tiznow. His first crop to race includes the brilliant Nobiz Like Showbiz, winner of the Remsen and second in the Champagne. By Kentucky Derby winner Go For Gin out of Bright Feather, Albert the Great stands for a $7,500 stud fee. 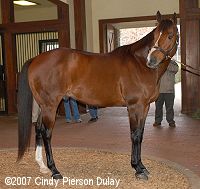 Yes It's True specialized in sprints and had 11 wins in 22 career starts. His best year was as a 3-year-old where he won the De Francis Dash, Riva Ridge, Swale, and Lafayette Stakes. His first babies raced in 2004 and so far he has 13 stakes winners including B.B. Best, Proud Accolade, and Chandtrue, and he was a leading Juvenile sire of 2006. By Breeders' Cup Juvenile winner Is It True out of Clever Monique, Yes It's True stands for a $35,000 stud fee. 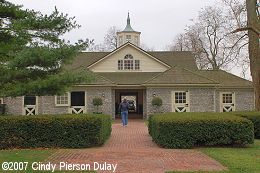 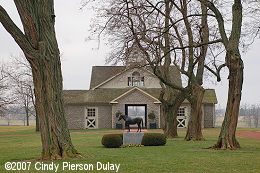