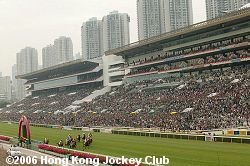 The Cathay Pacific Hong Kong International Races at Sha Tin Racecourse are the biggest event of the year in Hong Kong racing and they really put on a good show for the fans. From elaborate opening ceremonies with acrobats to the closing ceremony with fireworks, it is a first class show. Here are some scenes from the day to give you a taste of what it was like for the over 51,000 fans at the track.

All the jockeys and officials at the opening ceremonies. 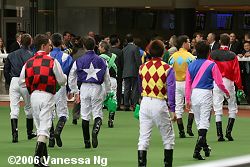 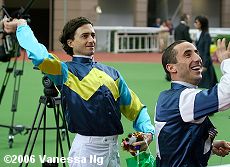 Left: The jockeys leave after the ceremony with bags of small stuffed horses to toss to the fans.

Right: The top two local jockeys, Douglas Whyte and Olivier Doleuze, really seem to get into the spirit of things. 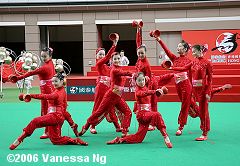 A fantastic acrobatic show was performed by the Guangzhou Acrobatic Troupe at the opening ceremony in the Parade Ring to celebrate the 20th running of the Hong Kong International Races. 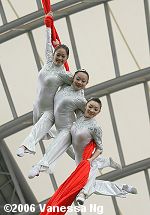 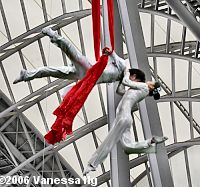 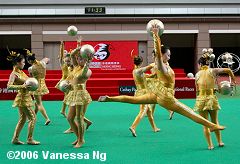 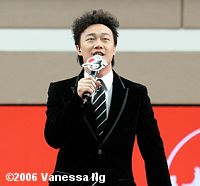 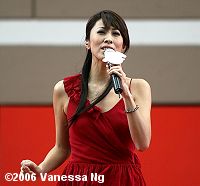 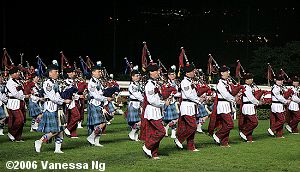 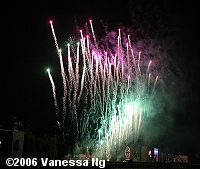