With just two days to go before the Cathay Pacific Hong Kong International Races, many of the entrants went out on Friday morning for their final maintenance gallops at Sha Tin Racecourse. Clear skies greeted the connections, in contrast to the rain on Thursday morning, and conditions were excellent with a fast dirt track and firm turf. 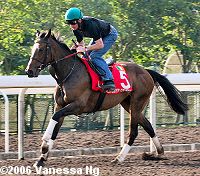 Cup contender and 2004 winner Alexander Goldrun went out for a maintenance gallop on Thursday morning. 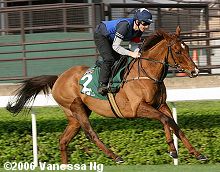 Vase entrant Collier Hill went out for an easy gallop on the turf with jockey Dean McKeown aboard. He said, "We didn't go too fast today. We'll show you what he is really made off on Sunday." 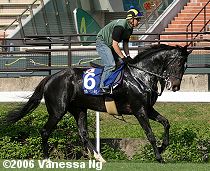 Mile entrant Dance in the Mood went out for a canter on Friday. Tsukasa Uemizu, travelling head lad to trainer Kazuo Fujisawa said, "This is her fourth time to travel abroad, so she is well used to it and is eating up well. She was quite green in her last start in Hong Kong for the Cup, but she has improved a lot, both mentally and physically. The mile is her best distance and it's better for her that she will start on the backstretch because she was very tense when she started in front of such a big crowd two years ago in the Hong Kong Cup." 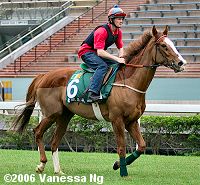 Vase entrant Kastoria worked 400 meters on the turf in 25 seconds flat under jockey Mick Kinane. Trainer John Oxx said, "The ground was too testing in Canada. It is the end of the year and she came home a bit down in the dumps but she recovered well so that is why we are here. There must be a little question mark about how she will perform, but we are here to try and earn some prize money." 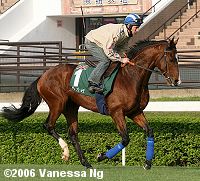 Jockey Richard Hills was up for a maintenance work aboard Vase entrant Maraahel, timed in 24.4 seconds for 400 meters on the firm course. He said, "He moved well and felt good today, and he's every bit as good as last year (when second in the Cup)." 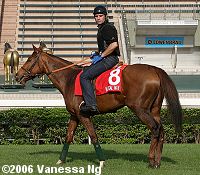 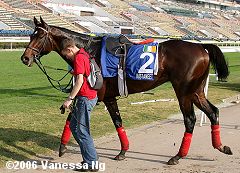 Mustameet went out for a canter this morning. Trainer Kevin Prendergast said, "He came here in good form and he seems to have improved as the week has gone on." 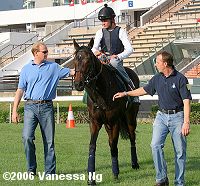 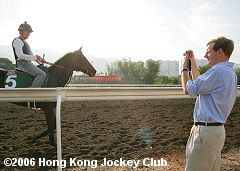 Ouija Board, possible favorite in the Vase, cantered on the dirt track under exercise rider Jason Tate, under the watchful eyes of trainer Ed Dunlop(left photo) and owner Lord Derby (right photo). Dunlop said, "She seems in great shape, the weather and climate out here really suits her. She had a hard race in Japan, but it doesn't seem to have made any difference to her that I can see."

Update: On Saturday morning, Hong Kong steward Jamie Steir announced that some soreness was noted in Ouija Board's left front leg during a routine pre-race examination. She was examined again later and the vet declared her lame in the left front leg and not suitable to run, so the Stewards scratched her. She was scheduled to retire after this race. 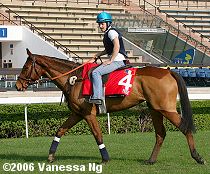 Cup entrant Pride galloped on Thursday morning. Trainer Alain de Royer Dupre said, "She has always raced freely, a bit too freely. She is better now but it is still her tendency. That's why I will never let Christophe (Lemaire, jockey ) ride her in the mornings. He always let's her go too fast! But she is more mature this year and settled in very well. She arrived here two days earlier this time and that has also helped." 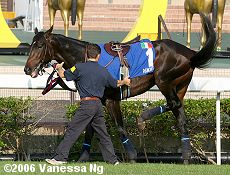 Mile entrant Ramonti put in a final maintenance work on Friday. Trainer Alduino Botti said, "He's very well. He's got better each day out here and I'm confident that he'll run a good race on Sunday. I know that he has improved substantially from the Vittorio di Capua in Milan in October but taking on a field like this in Hong Kong in December, you never know. It's like a shot in the dark. He doesn't have to lead, but if there's no pace, then I'll be happy for him to go on in front. When he won the Parioli (Italian 2000 Guineas), he won it from behind." 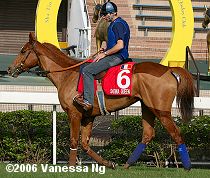 Satwa Queen will make her first start against males in Sunday's Cup. Trainer Jean de Roualle said, "This is her first time against male horses so it is a challenge but I think she can earn some prize-money. She has a good jockey riding and she seems to be in great form. Pride, Vengeance Of Rain and Hello Pretty are the ones to beat, I think." 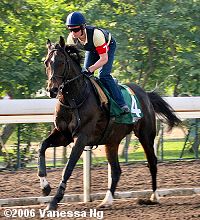 Vase entrant Scorpion went out for a breeze with jockey Seamus Heffernan aboard. He said, "He worked very well. He felt great. He's a very straightforward horse so I don't think tactics in the race will be too much of an issue but it depends what Aidan (O'Brien trainer) tells me. He will be here on Saturday. Scorpion is still lightly raced so we've every reason to believe he is still improving and even if he's a St. Leger winner he's a still very fast horse. He has loads of class." 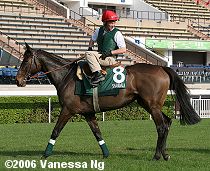 Shamdala galloped on Thursday morning in preparation for the Vase. Trainer Alain de Royer Dupre said, "She's in great form and I think can she do better than last year but I can't ignore the fact that the Vase is going to be a very tough race to win." 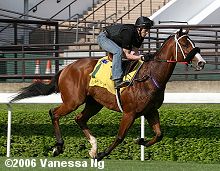 Sprint entrant Takeover Target galloped on Friday morning, while his connections await the results of a drug test that might force him out of the race. Trainer Joe Janiak said, "It was administered in Japan to help him travel over here. Normally it is out of the system within two weeks but now we are at the seven weeks mark. It has secreted itself, I believe, in the ligaments of the neck somewhere and it won't release. We will see what sort of level it has gone down to and if we are pretty close to the mark we might have to sweat it out until Sunday."