The 26th renewal of the $12 million Dubai World Cup (G1) will be conducted at Meydan Racecourse in Dubai on Saturday. On Tuesday evening at the Dubai Opera, the post positions were drawn for the main event, which features some of the best older horses in the world going 2000 meters (about 1 1/4 miles), two turns of the 1 1/8 mile dirt track. After the 2020 card was cancelled, purses were reduced for the undercard last year but have been restored to 2019 levels.

Post positions for the big race and the undercard races are available below. An online racecard is available from Dubai Racing Club where you can click on each horse's name to get a form summary.

A Form Guide which has past performances for the entire card is also available from Emirates Racing Authority.

Life is Good is the 5-6 favorite in the field of 11 (from OddsChecker.com at time of writing). He shipped to Dubai off a 3 race win streak including the Kelso Handicap (G2), Breeders' Cup Dirt Mile (G1), and Pegasus World Cup (G1). The Todd Pletcher trainee drew post 7 and will have regular rider Irad Ortiz Jr. in the irons. His main challenge comes in 7-2 second choice Hot Rod Charlie, who shipped to Dubai after finishing second in the San Antonio Stakes (G2), winning the Al Maktoum Challenge Round 2 (G2) here at Meydan for his final prep. Flavien Prat gets the call for trainer Doug O'Neill out of the 7 hole. Two other American trained horses are listed as 12-1 third choice. Country Grammer, runner-up in the Saudi Cup (G1) after winning the Hollywood Gold Cup (G1) will have new rider Frankie Dettori aboard for trainer Bob Baffert from post 5, while Steve Asmussen trainee Midnight Bourbon, third in the Saudi Cup, drew post 8 with new jockey Jose Ortiz riding.

As has been the tradition at the Dubai World Cup, the horse names are drawn randomly and then the drawn horse's representative comes up to draw the post, also at random. This year, an Emirates flight attendant chooses a ball, with the name of a horse hidden inside. That horse's representative comes up to the stage to select a model of the Burj Khalifa, which has the post position number hidden under it. The undercard races were drawn using the standard "double blind" system.

Aero Trem is one of the longest shots on the board at 66-1 and drew post 2. Trainer Antonio Cintra said: "It's a good draw for him, he's a horse that can't run in the back (during his races) so it's a good draw.  We're very proud to be here again. Last season was the first time we had a horse in the World Cup but I think this year we arrive with Aero Trem who is looking 100% so we're hoping for a good race from him."

The undercard features the two of the richest turf races in the world, the 2410 meter (about 1 1/2 mile) $6 million Sheema Classic (G1) and the 1800 meter (about 1 1/8 mile) $5 million Dubai Turf (G1). In the Sheema Classic, carded immediately before the main event, Breeders' Cup Turf (G1) winner Yibir is the 7-2 favorite over 4-1 Shahryar, 3rd in the Japan Cup (G1), and 6-1 Authority, winner of the Neom Turf Cup (G3). In the Turf, Mile Championship (G1) runner-up Schnell Meister is the 5-2 favorite over 6-1 Lord North, 2nd in the Winter Derby (G3), and 7-1 Mohaafeth, 4th in the Juddmonte International (G1). The $2 million Dubai Golden Shaheen (G1) features dirt sprinters at 1200 meters (6 furlongs), with Breeders' Cup Sprint (G1) runner-up Dr. Schivel favored at 11-4 over 6-1 Drain the Clock, winner of the Gulfstream Park Sprint. TThe $1.5 million Al Quoz Sprint is a 1200 meter straightaway sprint with Nad al Sheba Turf Sprint (G3) winner Man Of Promise the 9-4 favorite over 11-2 Creative Force, winner of the British Champions Series Sprint (G1).

Along with the five Group 1 events, there are 3 Group 2 events (for Thoroughbreds) carded. The $1.5 million UAE Derby (G2) features northern hemisphere 3-year-olds and southern hemisphere 4-year-olds going 1900 meters (1 3/16 miles) on the dirt, worth 100 points to the winner as part of the Kentucky Derby Championship Series (although 4-year-olds do not qualify), with San Vicente (G2) runner-up and Saudi Derby (G3) winner Pinehurst the 4-1 favorite over 6-1 Combustion, winner of the Hyacinth Stakes, and 6-1 Sekifu, 2nd in the Saudi Derby. This spectacular night of racing kicks off with the $1 million Dubai Kahayla Classic (G1) for purebred Arabians, followed by the $1 million Godolphin Mile (G2) at 1600 meters (1 mile) on dirt and the $1 million Dubai Gold Cup (G2) at 3200 meters (2 miles) on turf.

Note that the saddlecloth numbers do not correpond to posts, but are instead in order of handicap weights (as is the practice in most of the world). The World Cup goes off at 12:30PM (all times Eastern), while the first race is the $1 million Dubai Kahayla Classic for Purebred Arabians at 7:45AM. The table to the right has all the post times.

Since betting is illegal in the UAE, the international wagering hub is located in South Africa and their rules apply. Since Dubai won't do odds, the morning line odds shown below are from OddsChecker.com at time of writing. Also note that saddlecloth numbers do not correspond to post positions.

The races will be shown live on TVG in the U.S. and HPI-TV in Canada, as well as at racetracks and simulcast sites. In addition, NBC Sports Network will show the World Cup starting at noon ET. The locally produced show on Dubai Racing Channel can be viewed live here starting at 7:00am ET. 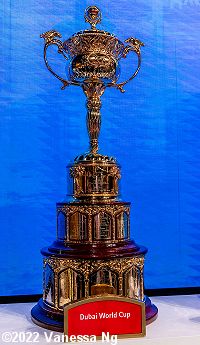 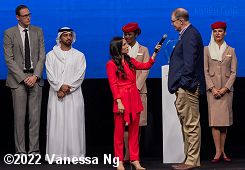 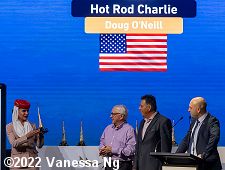 Left: Favorite Life is Good drew the rail for trainer Todd Pletcher and regular rider Irad Ortiz Jr. Elliott Walden, president and racing manager of co-owner WinStar Farm said, "It's an 11-horse field. He has enough time to get over, and has enough speed to put himself in a good position. It's been amazing. He has a beautiful way of moving, I think he knows he's special. It is just a blessing to have him. It's a great honor to be favorite. We feel grateful to have him."

Right: Second choice Hot Rod Charlie drew post 7 for trainer Doug O'Neill and regular rider Flavien Prat. Assistant trainer Leandro Mora said, "Very happy. He needs to prove it. We talked about it we wanted any post from one through seven, so we are happy. Co-owner Greg Helm of Roadrunner Racing added, "To be a part of this event in Dubai is outrageous. I am shaking like a leaf. I'm so excited to be here." 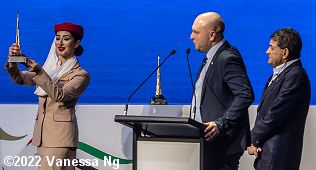 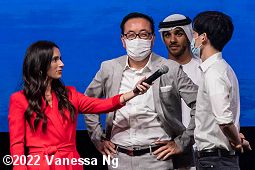 Left: Country Grammer drew post 5 for trainer Bob Baffert and new jockey Frankie Dettori. Assistant trainer Jimmy Barnes said: "He really showed up that night [in the Saudi Cup] and all signs are good for this. I really believe that he is a mile-and-a-quarter horse. He's such a gritty horse."

Right: Chuwa Wizard will break from post 3 under jockey Yuga Kawada. Trainer Ryuji Okubo said, "I'm happy with the gate and his condition is better than last year. He's got the experience of Meydan last year and that has served him well for this year. I'm happier this year and gate three is perfect." 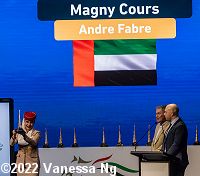 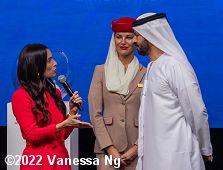 Left: Magny Cours drew the 9 hole for trainer Andre Fabre and jockey William Buick. Hugh Anderson, managing director for owner Godolphin said, "We have the best trainer in Europe at present and the leading jockey in Dubai on our side. Maybe they won't thank me for drawing nine, but he is in better form now having disappointed us a little last time in Saudi. He finished third in this race last year so we know he likes the track."

Right: Trainer Saeed bin Suroor trains 25-1 shot Real World for Godolphin from post 6. He said, "I'm very happy with that, we've got the best draw. This was always the plan for him and we've always trained him on the all-weather track at home. He's always shown his form really well on that and he's trained really well so I'm very happy with him. He worked last Saturday and it was the best work I've ever seen, clocking 1 minute 26 seconds on the bridle. He came back very well from his last run, his draw is brilliant and Christophe (Soumillon) the jockey knows the track very well. He's a two-time winner of the race (with Thunder Snow in 2018 and 2019) so it's great to have him on our side. It's a very tough race and it's hard to win. You always have to have a good horse. We've won it nine times and we'll try to do it again."