The 49th annual Eclipse Awards were held Thursday night in the Sport of Kings Thatre at Gulfstream Park in Hallandale Beach, Florida, honoring the champions of North American racing in 2019. Of the 254 eligible voters representing the NTRA, the NTWAB and Daily Racing Form, 24 (94.88%) took part in this year's voting. Finalists were determined in each category by voters' top three selections, using a 10-5-1 point basis. Eclipse Award winners are determined solely by first place votes, and there was one unanimous selection this year.

Bricks and Mortar was voted the 2019 Horse of the Year by a landslide, to go along with his unanimous selection as Champion Turf Male. A perfect 6 for 6 all in graded stakes company, his march to the title consisted of wins in the Pegasus World Cup Turf (G1), Muniz Memorial (G2), Old Forester Turf Classic (G1), Manhattan (G1), Arlington Million (G1), capped off with the Breeders' Cup Turf (G1). The son of Giant's Causeway has since been retired to stud duty in Japan, with a record of 11 wins, 0 seconds, and 2 thirds in 2 13 starts, earning over $7 million.

The other multiple award winner on the night was Covfefe, who was voted Champion Three-Year-Old Filly and Champion Female Sprinter. Her wins include the Miss Preakness (G3), Test (G1), Dogwood, and finally the Breeders' Cup Filly and Mare Sprint (G1) for trainer Brad Cox and owner LNJ Foxwoods. Maximum Security took home the Three-Year-Old Male title for owners Gary and Mary West and trainer Jason Servis. After winning the Florida Derby (G1) he became the only horse to be disqualified from 1st place for interference in the Kentucky Derby (G1). He came back to win the Haskell (G1), Bold Ruler (G3), and Cigar Mile (G1) to clinch the title. Arguably he was also a multiple winner, as his disqualification in the Derby was voted by fans as the NTRA Moment of the Year.

Bricks and Mortar not only won 2 trophies of his own, but his human connections also won in their categories. Trainer Chad Brown won the Trainer title for the 4th year in a row, jockey Irad Ortiz Jr. repeated as Outstanding Jockey, owners Klaravich Stables Inc. and William Lawrence were named Outstanding Owner, and finally George Strawbridge Jr. was named Outstanding Breeder.

After Bricks and Mortar's unanimous selection in the Turf Male category, the next biggest margin of victory belonged to Champion Male Sprinter Mitole, with only 5 voters not choosing him. He was 6 for 7 in 2019, winning the Count Fleet Sprint (G3), Churchill Downs (G1), Metropolitan (G1), Vanderbilt (G1), Forego (G1), and the Breeders' Cup Sprint (G1) for trainer Steve Asmussen and owner Heiligbrodt Stable. Most of the votes were not close, however the tightest race belonged to the Apprentice Jockeys, as Japanese-born and Woodbine-based rider Kazushi Kimura edged out Laurel Park's Julio Correa by just 14 votes.

All the winners for 2019 are listed below with the actual vote totals. A link to a full profile is given for each horse. You can look up past year's winners here. You can see how the awards are decided here. 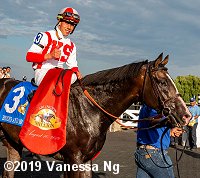 Horse of the Year: Bricks and Mortar 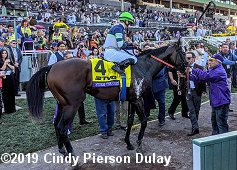 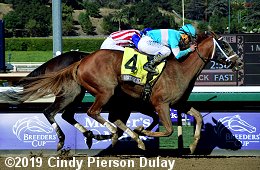 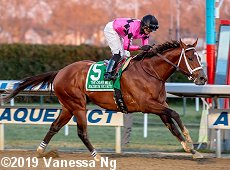 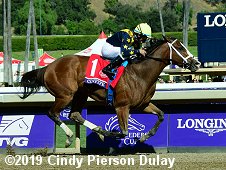 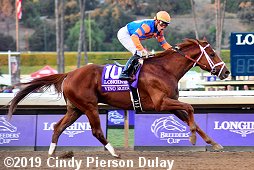 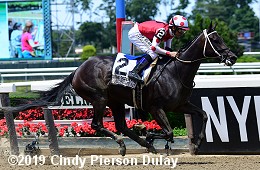 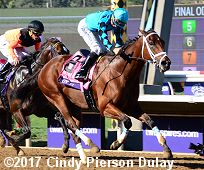 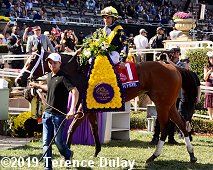 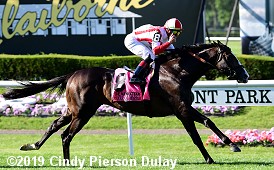 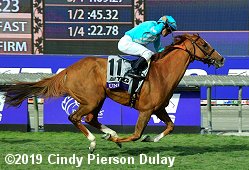 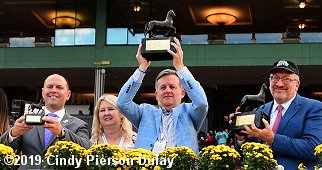 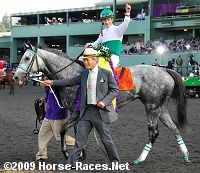 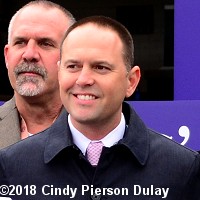 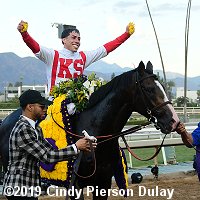 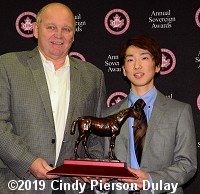