The 39th annual Eclipse Awards were held Monday night at the Regent Beverly Wilshire Hotel in Beverly Hills, California, honoring the champions of North American racing in 2009. This year 232 (85.6%) of the 271 eligible voters cast their ballots, virtually the same as last year's 85.8% participation rate even with 11 less eligible voters.

Rachel Alexandra was named the 2009 Horse of the Year as well as the Champion 3-Year-Old Filly. She is only the fourth female Horse of the Year since the inception of the Eclipse Awards, the others being Azeri in 2002, Lady's Secret in 1986, and All Along in 1983. The daughter of Medaglia d'Oro won the Kentucky Oaks for breeder and original owner Dolphus Morrison and trainer Hal Wiggins. Within a week she was sold to Jess Jackson's Stonestreet Stables and sent to the barn of Steve Asmussen, who received the Eclipse Award for champion trainer. She defeated Kentucky Derby winner Mine That Bird in the Preakness, as the first filly to wear the Black-Eyed Susans since 1924. She added two more wins agsinst males, first defeating eventual 3-year-old champion Summer Bird in the Haskell Invitational, and then older males in the Woodward the only female winner of that historic stakes. Owner Jess Jackson, expressing displeasure with the synthetic track at Santa Anita, opted to skip the Breeders' Cup, leaving the door open for Zenyatta, the only female winner of the Classic. However the votes still went in Rachel Alexandra's favor, 130 to 99.

Rachel Alexandra's owner Jess Jackson said, "This contest was so close and I don't know the count, but I know that either horse deserved this award. It's hard for me to accept it without sharing it with all the people that made this possible including (jockey) Calvin Borel. Together Rachel and Zenyatta won nine Grade 1 races; together they conquered 4 of the best groups of males who were running last year. If you think about their achievements, individually or collectively, there has never been a year like this one for fillies. It couldn’t be arranged that they could meet last year. We’re hoping that each horse, taking its course, may win their way to an ultimate match and maybe we can work toward that."

As has been typical the last few years, most of the categories had clear cut winners, but the closest race was for Outstanding Owner, where Godolphin Racing's 61 votes nosed out Mr. and Mrs. Jerome S. Moss's 56 votes for the win, followed by the Horse of the Year count. Rachel Alexandra was the unanimous choice for 3-year-old filly, taking all 232 votes, and Zenyatta was also unnimously voted as champion older female after an error in the voting was corrected. Julien Leparoux, voted as outstanding jockey having 3 Breeders' Cup wins and 7 other Grade 1's, is the first European-born rider to win. Leparoux was also the outstanding apprentice jockey in 2006, one of only 4 riders to have won both riding awards, the others being Steve Cauthen, Chris McCarron, and Kent Desormeaux. Those three have all been inducted into the Hall of Fame.

All the winners for 2009 are listed below with the actual vote totals. A link to a full profile is given for each horse and past performances for all the finalists are available here from Daily Racing Form. To see all this years finalists with profiles for each, check here. You can look up past year's winners here. You can see how the awards are decided here. Note: There was an error in one of the votes for Older Female which was credited to Icon Project when it should have been for Zenyatta, which the voter pointed out after the votes were published. 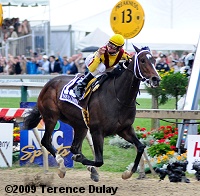 Horse of the Year and Champion 3-year-old Filly: Rachel Alexandra 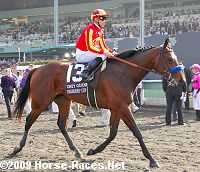 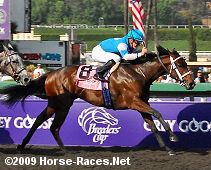 Two-Year-Old Filly: She Be Wild 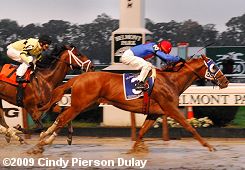 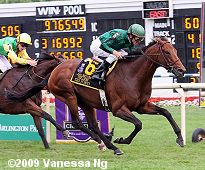 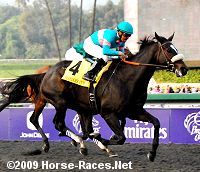 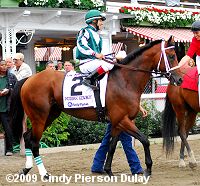 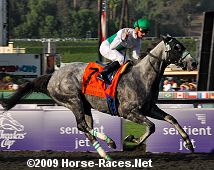 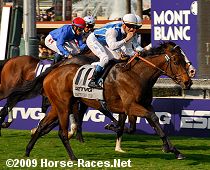 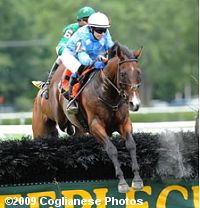 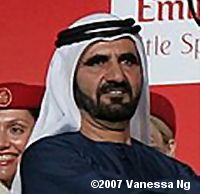 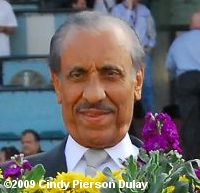 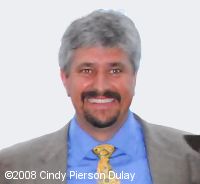 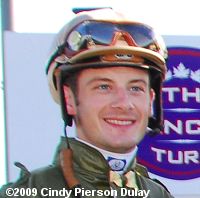