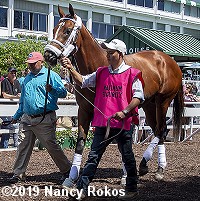 The 145th Kentucky Derby (G1) made history for all the wrong reasons. 9-2 second choice Maximum Security led almost gate to wire to finish 1 3/4 lengths ahead of 65-1 second-longest shot Country House. However, because Maximum Security veered out from the 5/16 to the 1/4 pole, causing eventual Preakness winner War of Will to check and causing a chain reaction that also collected Long Range Toddy and Bodexpress, he was disqualified (after a 22 minute long review of the video by the 3 stewards) and placed 17th behind Long Range Toddy. He is the only horse to be disqualified from the win on race day in the Derby's 145 year history (1968 first place finisher Dancer's Image was disqualified to last place due to a drug positive, moving runner-up Forward Pass to first place as the official winner).

Both Maximum Security and Country House skipped the Preakness (G1), however on Preakness Day, the connections of Maximum Security brought their horse out at his home base of Monmouth Park so his local fans can see him after his "win". Trainer Jason Servis, assistant trainer Jose Hernandez, and groom Milton Hernandez walked him over from the barn with the fifth race field, stayed in the paddock during the race, and then exited the paddock, circling on the main track for the fans as the sixth race field arrived for their race.

As what happened in the 1968 Derby (which led to a four year long legal battle), this Derby may well be contested in the courts for awhile. Owners Gary and Mary West filed suit in federal court to try to overturn the disqualification and put their horse on top, returning the lost purse money to him. Their lawyer wrote in the complaint, "The insubstantiality of the evidence relied on by the stewards to disqualify Maximum Security, and the bizarre and unconstitutional process to which the Plaintiffs were subjected before and after the disqualification, are the subjects of this action. As a result of the disqualification, the trainer and the jockey of Maximum Security were denied any part of the $1,860,000 share of the Derby purse as well as a professional accomplishment that any horseman would cherish for life, plus the very substantial value that a Kentucky Derby winner has as a stallion."

The Wests had originally appealed to the Kentucky Horse Racing Commission but that was turned down almost immediately because KHRC rules stat that stewards' findings about what happened in a race "shall be final and not subject to appeal," which is why they have gone to the legal system. At the time, chief steward Barbara Borden said, "The riders of the 18 (Long Range Toddy) and 20 (Country House) horses in the Kentucky Derby lodged objections against the 7 (Maximum Security) horse, the winner, due to interference turning for home, leaving the 1/4 pole. We had a lengthy review of the race. We interviewed affected riders. We determined that the 7 horse drifted out and impacted the progress of Number 1 (War of Will), in turn, interfering with the 18 and 21 (Bodexpress). Those horses were all affected, we thought, by the interference. Therefore, we unanimously determined to disqualify Number 7 and place him behind the 18, the 18 being the lowest placed horse that he bothered, which is our typical procedure." 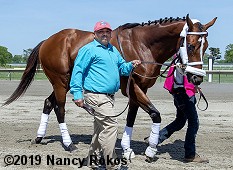 Servis said, "It's great to see this. Like I've told a few people, it eases the pain a little bit. I never wished I did social media, and I don't. But I kind of wish now I did because everyone is telling me there are a lot of people supporting him. I guess it's because he ran for $16,000 and he's a Cinderella story. He's 5-for-5 in my eyes. He's coming back. I'll probably do something with him next week as far as a breeze. I think he's coming around." 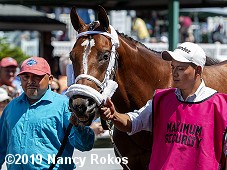 Along with the lawsuit, Gary West issued a challenge to the owners of Country House, War of Will, Long Range Toddy, and Bodexpress where he would put up $20 million of his own money if their owners each put up $5 million of theirs, in a sort of "match race within a race". The challenge reads, "West believes his offer of $5 million apiece to each of those four horses – simply for finishing ahead of Maximum Security, in any race anywhere this year – would result in record viewership and would generate worldwide interest. If all five horses meet in the same race it would potentially create the most lucrative race in the world. West said that should his horse win the challenge, his winnigs (up to $20 million) will go to the Permanently Disabled Jockey Fund. 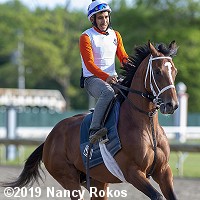 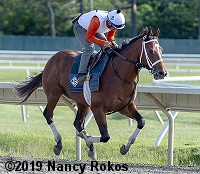 Wednesday May 22nd at Monmouth Park, Maximum Security had his first official workout since the Kentucky Derby and he looks full of beans and ready to go. He followed his usual routine of slow breezes went an easy 4 furlongs in 53 4/5, which was 20th of 21 at the distance that morning. Trainer Jason Servis said, "We haven't decided where he is going to run yet, but he's starting to come around." 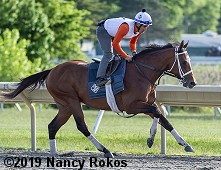 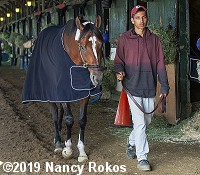 Sunday, owner Gary West said his next major race will likely be the Haskell Invitational (G1) at Monmouth Park on July 20, but he could prep for the race in the Pegasus Stakes on June 16, also at Monmouth. Trainer Jason Servis did not think he had enough time to recover from the Kentucky Derby to be ready for the Belmont Stakes (G1) on June 8.