The arrival of warmer weather to Southern Ontario also means the beginning of turf racing over Woodbine's 1 1/2-mile E.P. Taylor Turf Course. The $175,000 Connaught Cup (G2) features older horses sprinting 7 furlongs on the turf in a very early prep for the Woodbine Mile (G1). Conditions were excellent at the historic Toronto oval, with mostly sunny skies and temperatures in the high 60's. The temporary rail was set out in Lane 2 (15 feet out) and the GoingStick reading was 11.0 (firm).

A field of 8 went to post with Conquest Panthera sent off as the 2-1 favorite, winless since last August and coming off a second place finish in the Elusive Quality Stakes at Belmont. In to challenge him included 9-4 second choice Forge, coming off a 3rd place finish in the Makers 46 Mile (G1) at Keeneland after finishing second in the Tampa Bay Stakes (G3) and 7th in the Mervin Muniz Memorial (G2) at Fair Grounds, and 3-1 third choice and last year's winner Tower of Texas, winner of the Colonel E.R. Bradley (G3) at Fair Grounds before finishing 3rd in the Hal's Hope (G2) and 8th in the Maker's 46 Mile.

74-1 longest shot Dimension and 13-1 Yorkton dueled down the backstretch and around the turn through fractions of 23.42 and 45.45 while stalked by Forge. Entering the stretch, jockey Gary Boulanger, 5th early aboard 8-1 Caribou Club, came out for room and took over the lead at the 3/16 pole through 3/4 in 1:08.26. Tower of Texas, last early, came out 5 wide for the drive under Eurico Rosa da Silva but his rally fell short as Caribou Club easily held him off by 1 1/2 lengths in 1:20.22. It was just a head back to late-running favorite Conquest Panthera third. 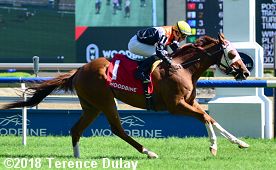 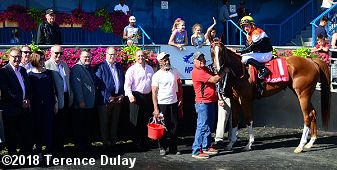 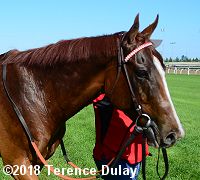 Left: Caribou Club in the winner's circle. Winning jockey Gary Boulanger said, "I just had to help him out of the gate the first 20 yards because he's got that extension blinker, and once I got in position, I was just sitting there waiting for a spot. He had me in great position and when I asked him, he exploded."

Right: Caribou Club heads back to the barn after the race. 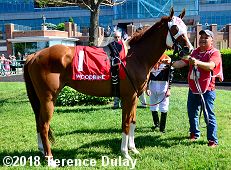 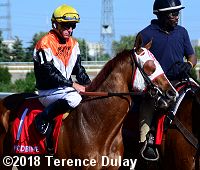 Left: Caribou Club in the paddock before the race. Boulanger added, "I could hear Eurico (Da Silva aboard Tower of Texas) coming. You usually hear him yelling down the lane so you know when he's coming or when he's not, but my horse was still running." 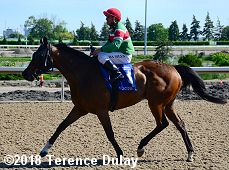 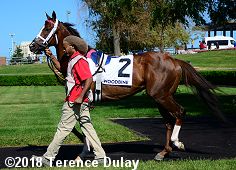 Right: Third place finisher and beaten favorite Conquest Panthera in the paddock. The 2-1 choice was 6th early under Patrick Husbands then rallied 3 wide to get third just a head short of place money. The Mark Casse trainee improved his record to 4 wins, 1 second, and 5 thirds in 17 starts, earning $324,186 for owner Gary Barber.