Thursday morning before the Kentucky Derby was busy on the backside as the contenders stretch their legs and finish their final preparations for the big day. Photographer Tina Hines is there and has sent us a nice selection of photos to enjoy. Click on the smaller image to see a larger version. 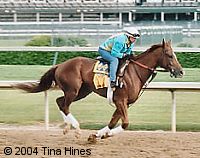 Friends Lake went for an easy gallop this morning. Trainer John Kimmel said after the draw, "I knew I would go for 7, 8 or 6, and it turned out to be 6. I want to be in the forward part of the race. You have a cleaner shot to negotiate your way toward the rail around the first turn." 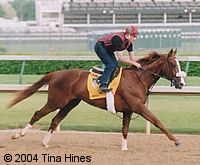 After the break, Borrego visited the starting gate before galloping about 1 5/8 miles. Trainer Beau Greely said of his post position, "The 12-hole is a good spot. We just played around and saw what the others did and took what we thought was best." 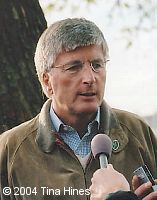 On his first morning at Churchill, Wood Memorial winner Tapit galloped one mile, walked in the paddock, stood in the gate, then jogged another half-mile. Was scheduled for a schooling session Thursday afternoon in paddock. His trainer Michael Dickinson said after the jog, "He’s going to improve [off the Wood Memorial]. He’ll definitely be fitter. My major concern is getting him to the post healthy. He’s got to be healthy, not today, but on Saturday." He added that he feeds Tapit three eggs and a Guinness daily, and that the horse is at his "best racing weight" of 1095 pounds. 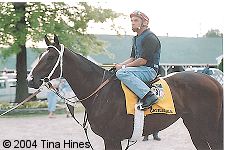 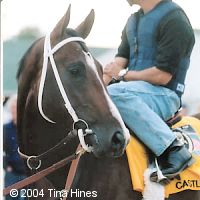 Castledale jogged one mile, schooled at the gate, galloped one mile. Trainer Jeff Mullins said after the draw, "That was the spot we wanted all along. And we got it even though we had the 15th pick. This way if the horse in 14 comes out at the break, he'll hit the 15 horse and not us. We've got a little horse and we didn't want to be stuck down inside. On the outside, he'll be free to make his run." 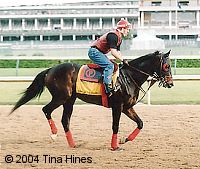 Illinois Derby runner-up Song of the Sword jogged a mile and stood in the gate on Thursday morning. 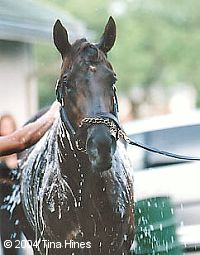 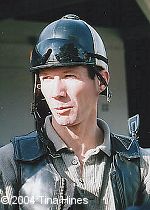 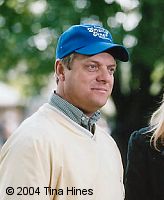 Smarty Jones went out for a 1 1/2 mile gallop accompanied by a pony with jockey Stewart Elliott up. His trainer John Servis said after the draw, "We got plenty of room early, and I think we can force the hand of the speed inside of us. I am happy, because we are the first horse in the auxillary gate and you can leave a little margin of error from there so we don't get squeezed off early. I wanted to be outside most of the speed." 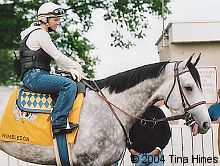 Wimbledon galloped 1 1/2 miles Thursday. Trainer Bob Baffert said after the draw, "I wanted the inside, hoping to get five. I feel good about it because if you move on him he'll take off on you. This way, he's there inside already, following in the pack without having to do too much maneuvering." 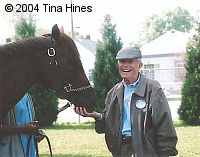 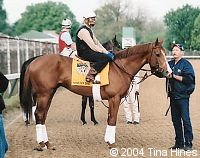 Minister Eric went out for a routine gallop today. 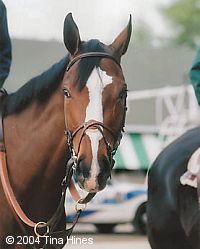