Although the rain was over this morning, the track was still quite muddy. To add to the misery were high winds and cold temperatures that had everyone shivering. Quite a few horses went out and braved the cold and even more should come out tomorrow when things have dried out better. Only four horses went on the turf and the turf races for the rest of this week have been taken off so the turf will get a chance to dry out as much as possible. I would expect more horses to test the turf tomorrow after a day of drying out. 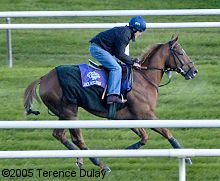 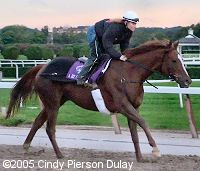 A Bit O'Gold - Classic entrant galloped 2 miles on the main track. On his draw of post 12 in the Classic, trainer Catherine Day Phillips said, "I think we are all right there. He is a very rideable horse in that he doesn't have to be in front or far back. The rider can put him where he wants." 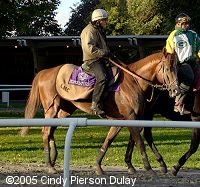 Starcraft - Classic entrant cantered behind a pony on the main track. Later in the morning he drew the unfavorable 14 post for the Classic. His trainer Luca Cumani said, "We got the 'visitors' draw. He'll just have to run a bit faster now. We're giving a lot of ground away and ground given away is ground lost. It was going to be hard but 14 makes it even harder." 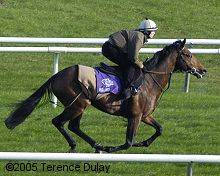 Alkaased - galloped a mile on the inner turf course, but was a late withdrawal from the John Deere Breeders' Cup Turf when a blood test proved unsatisfactory to trainer Luca Cumani. "His blood was bad this morning," Cumani said.. 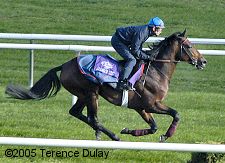 Azamour - cantered a mile on the inner turf course. On his draw of post 5 in the Turf, trainer John Oxx said, "I'll talk to Mick (Kinane, jockey) about it, but I'm sure he'll be happy. I'm happy. It's not a big thing." 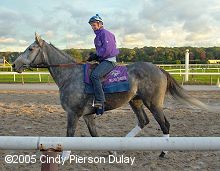 Island Fashion - Distaff contender jogged 1 1/2 miles on the main track. Trainer Marcelo Polanco was pleased with her draw in post 8. He said, "Good draw; right in the middle. We don't have to wait on much of the pace. We're very happy with that. It's a great position to be in to see what everybody is going to try to do. She likes to be close to the lead, but she also can come up from behind." 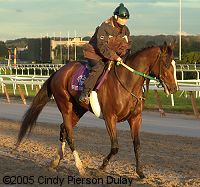 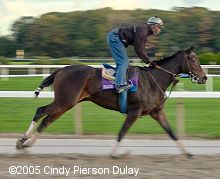 Healthy Addiction - Galloped 1 1/2 miles on the main track in preparation for the Distaff. Trainer John Sadler said about her draw in post 6, "I love the draw. We're right in the middle. She likes to lay up close. We just didn't want the one (post position 1)." 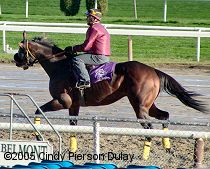 Lifestyle - Sprint entrant galloped and jogged 1 1/2 miles on the main track. He later drew post 9 for the race. Trainer Wesley Ward said, "I think we're perfect. All the tough horses are inside of us. We have a lot of early speed, so we could wind up on the lead. We're very excited about where we are." 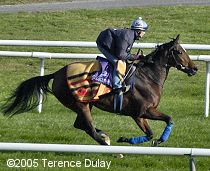 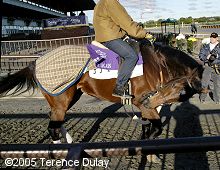 Wonder Again - Filly and Mare Turf contender jogged 3 miles on the main track and schooled in the paddock. 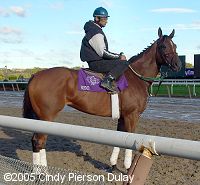 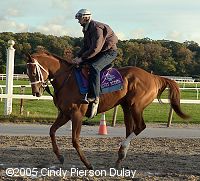 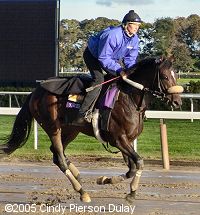 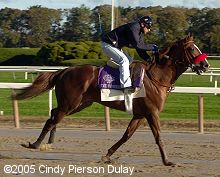 Stevie Wonderboy - Juvenile contender jogged 1 mile and then galloped 6 furlongs on the main track. Trainer Doug O'Neill, who also has Jealous Profit in the Juvenile, said, "I'm happy with both posts. Neither will have to stand in the gate very long and will have a long straightaway to weed everything out." 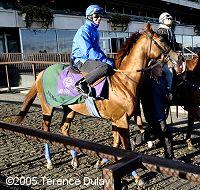 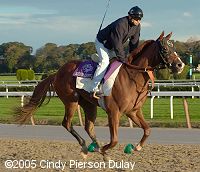 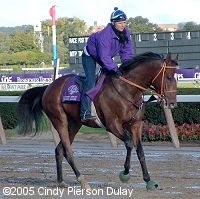 Brother Derek - Juvenile entrant galloped 1 1/2 miles on the main track. On drawing post 13, trainer Dan Hendricks said, "I think it (the post) can work out fine. It looks to me like all the speed is right next to us. It looks like the race is from the 9 hole out. My horse has enough speed that he can get a stalking position behind the speed, which is right where he wants to be. It could work out great." 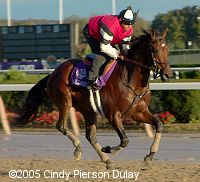 Dr. Pleasure- Galloped 1 1/2 miles on the main track in preparation for the Juvenile 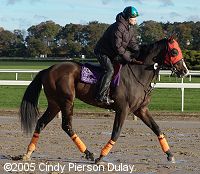 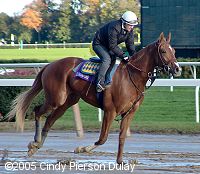