The 40th annual Eclipse Awards were held Monday night at the Fontainebleau Miami Beach in Miami Beach, Florida, honoring the champions of North American racing in 2010. This year a record 238 out of the 251 eligible voters (94.8%) cast ballots, and votes were tabulated and certified by Strothman and Company.

Zenyatta was named the 2010 Horse of the Year as well as the Champion Older Female. The Jerry and Ann Moss campaigner is only the fifth female Horse of the Year since the inception of the Eclipse Awards, the others being Rachel Alexandra in 2009, Azeri in 2002, Lady's Secret in 1986, and All Along in 1983. The John Shirreffs-trained daughter of Street Cry has been a finalist 3 years in a row, denied by Curlin in 2008 and Rachel Alexandra last year. The future Hall of Famer picked up where she left off last year, winning the Santa Margarita, Apple Blossom, Clement Hirsch, and Lady's Secret (all G1 events), and went to Churchill Downs looking to retire a perfect 20-for-20. However, she just missed by a nose to Blame in the Breeders' Cup Classic, leading to a close 128-102 vote to that rival.

Owner Jerry Moss said, "She's like a miracle. She has meant so much to Thoroughbred racing. We always think positive, and we believe in her. She is one in a million. We are just so thrilled for her." Co-owner Ann Moss said, "You always hope. We always hoped. We hoped last year and the year before that. We're just so happy. She's such a gift." Jockey Mike Smith, who blamed himself for Zenyatta's loss in her final start, said "This makes it all okay after getting beat last time. She's never had any quit in her." Trainer John Shirreffs added, "I just can't tell you how excited I am-how happy I am. She's meant so much. Zenyatta is a miracle." Al Stall Jr, trainer of runner-up Blame said, "We're fine. We did all we could and tried as hard as we could. That's just the way things fell. It's absolutely no disgrace for us." Asked if the connections are disappointed, he added, "Not really. We're happy with what he did this year, but I don't think he could have done anything more. Obviously he could have won every race he ran in, but I'm not sure that would have made a difference anyway."

As has been typical the last few years, most of the categories had clear cut winners, but the closest race was for Outstanding Breeder where Adena Springs edged out Claiborne Farm and Adele Dilschneider by just 14 votes. Todd Pletcher won his fifth Eclipse Award for Outstanding Trainer, in a year when he finally won the Kentucky Derby with Super Saver, whose owner WinStar Farm was voted Outstanding Owner. There was only one unaninimous selecion, Blame for Older Male, but the Older Female category as well as Three-Year-Old Filly each had one dissenting vote to deny Zenyatta and Blind Luck, respectively, a unanimous victory.

All the winners for 2010 are listed below with the actual vote totals. A link to a full profile is given for each horse and past performances for all the finalists are available here from Daily Racing Form. To see all this years finalists, check here. You can look up past year's winners here. You can see how the awards are decided here. 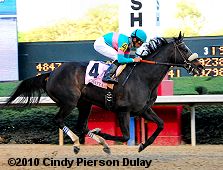 Horse of the Year and Champion Older Female: Zenyatta 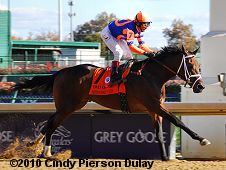 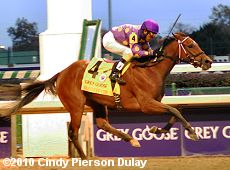 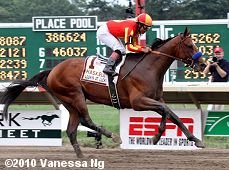 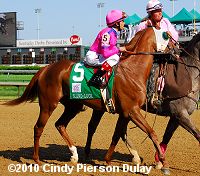 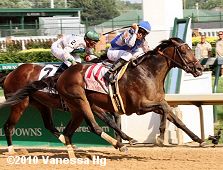 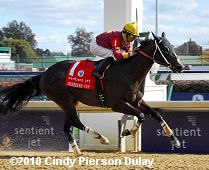 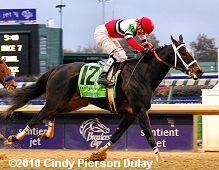 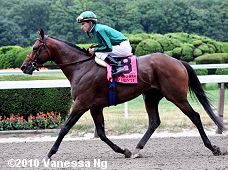 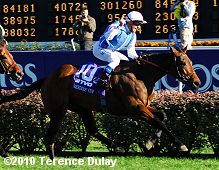 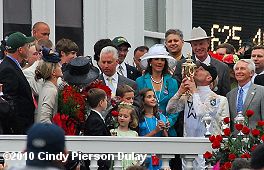 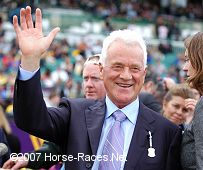 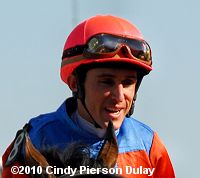 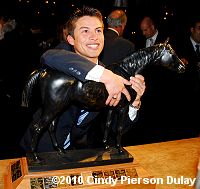