Defending champion Azeri repeated as Champion Older Female for the third time with 179 votes over second choice Sightseek's 91 votes. Despite her impressive record, Sweet Catomine was not a unanimous winner as one voter out of the 274 went to Runway Model. In the human categories, Todd Pletcher took home the trainer award while John Velazquez dominated the voting for outstanding jockey.

All the winners for 2004 are listed below with the actual vote totals. A link to a full profile with 2004 past performances is given for each horse. To see all this years finalists with profiles for each, check here. You can look up past year's winners here. You can see how the awards are decided here.

Eclipse Award Ceremony Photos - a selection of photos from the ceremony with many of the winners accepting their awards. 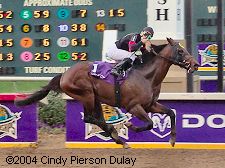 Horse of the Year and Champion Older Male: Ghostzapper 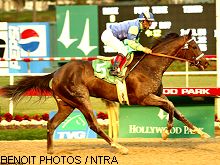 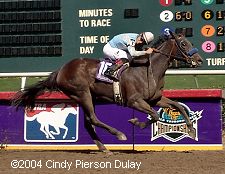 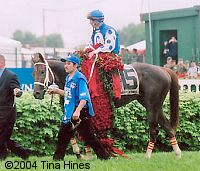 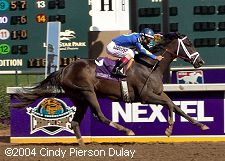 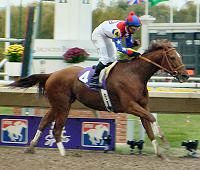 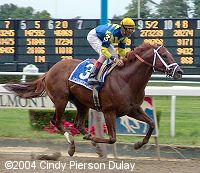 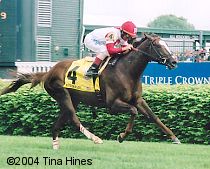 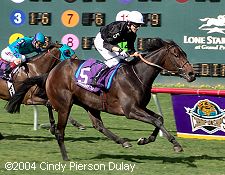 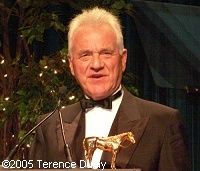 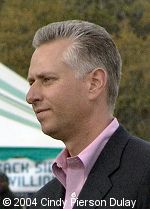 The old three-bloc voting system was replaced last year with a one vote per person system, where every voter's selection is weighted equally. Ranked their top three selections in each of the 16 voting categories and points are awarded on a 10-5-1 basis. The voting point system determines the three finalists in each category, but the winner is determined by first-place votes only. To see all the details of the new voting format from DRF, check here.