In an effort to provide its fans with the most attractive wagering program, officials of Breeders' Cup Limited and the National Thoroughbred Racing Association (NTRA) today announced that, for the first time, the complete race order for the 22nd Breeders' Cup World Thoroughbred Championships, will be announced on Wednesday, October 19, when the Pre-Entered fields for all eight races are released. The $4 million Breeders' Cup Classic - Powered by Dodge will be run as the last of the eight Breeders' Cup races, as it has been since the event's inception in 1984.

"Since the Breeders' Cup is the greatest betting day in all of sports, we would like to present our fans with the highest caliber wagering card possible by providing a race order that we believe will generate the largest pools and potentially greater payouts than ever before." said Ken Kirchner, NTRA Senior Vice President of Product Development. "A prime consideration will be the size and quality of the field and its relationship to the overall wagering menu." 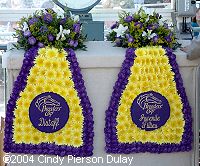 Each Breeders' Cup World Thoroughbred Championship race will feature a maximum of 14 horses and wagering interests. In addition to the standard Win, Place and Show betting, there will be Exacta, Trifecta and Superfecta wagering on all 10 races; rolling Pick 3 wagers beginning with Race #1 and continuing through the entire card. There will be three Daily Doubles beginning with the day's first race, followed by a double combination on the first two Breeders' Cup races. There will also be a Daily Double linking the seventh Breeders' Cup race (Race #9) and the Classic. The Breeders' Cup Head2Head wager will be offered on all 10 races. The details of the Head2Head wagering matchups will be announced at the post position draw on October 26.

The Breeders' Cup Ultra Pick 6, with a minimum $3 million guaranteed pool, begins with Race #5, the third Breeders' Cup race of the day, and runs through the Classic. Last year's Ultra Pick 6 produced no perfect tickets from a pool of $4.6 million, but 61 tickets that contained 5 winners paid $56,149 each. In 2003, there was a single winner, Graham Stone, who cashed a winning wager worth over $2.7 million. That payoff nearly matched the world record Ultra Pick 6 payoff of $3.1 million in 1999. 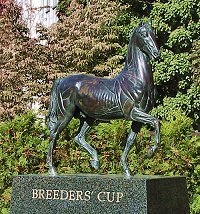