The highlight of the Parx Racing season is Pennsylvania Derby (G1) and Cotillion (G1) day, this year taking place on Saturday September 21. Conditions were excellent during training hours, with clear skies and temperatures in the mid 60's. The Derby features some of the best 3-year-olds of the east going 1 1/8 miles on the main track, while the Cotillion is its distaff counterpart, for 3-year-old fillies going 1 1/16 miles, and both races have $1 million purses. The undercard includes the $300,000 Gallant Bob (G2) for three-year-old sprinters at 6 furlongs, the $150,000 Turf Amazon Stakes for older fillies and mares sprinting 5 furlongs on the turf, the $150,000 Parx Dirt Mile (formerly run as the PA Derby Champion Stakes) for older horses at 1 mile, the $100,000 Plum Pretty Stakes for Pennsylvania-bred older fillies and mares at 1 1/16 miles, and the $100,000 Alphabet Soup Handicap for Pennsylvania-bred older horses at 1 1/16 miles on the turf. In addition the Cotillion is a Breeders' Cup Challenge race in the Distaff division. The two Grade 1 events will be broadcast on NBC main network from 5-6pm ET on Saturday.

Entries for Saturday from Equibase.
More photos from Wednesday and Thursday at Parx

Click the small photo to see a larger version. 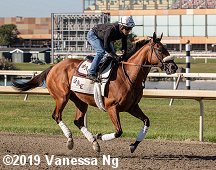 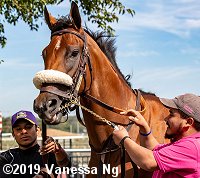 Bellafina galloped twice around on Friday. Carlos Santamaria, assistant to trainer Simon Callaghan said, "She travels pretty well. She handled the track pretty good, both yesterday and today. She just galloped and went easy, and she's done really well. She seems like she's pretty happy and likes the track and everything. I don't like to take them to the starting gate. Because she's running 1 1/16, you don't want to get her too sharp and get her to run off or something like that. She's going to run back with blinkers again so that's going to help a lot and hopefully it will keep her closer on Saturday. It's a speed track but I've heard a lot of people talking about how the track has been deep lately, and the track might be a little more even for everybody tomorrow." 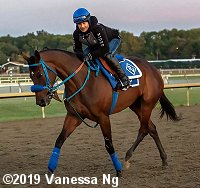 Collegeville Girl galloped over her home track Friday. Co-owner Steve Appel said, "Here is a horse that cost us $18,000 and it cost us $25,000 to keep her in the hospital for a month. I've been in the sport at the lowest levels, and to get a chance to compete on the highest level is really pretty exciting after 40 years in the business." 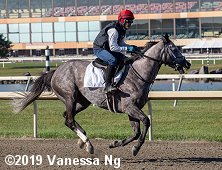 Enthusiastic Gal is an 8-1 shot in the Turf Amazon Stakes. Joel Rosario will be in the irons from post 8 for trainer Steve Klesaris. She was 7th in the Intercontinental (G3) at Belmont and then finished 4th then 3rd in allowance races at Saratoga. 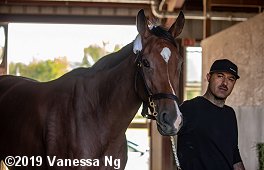 Horologist is a 15-1 shot in the Cotillion. She comes here off a 4 race winning streak including the Monmouth Oaks (G3) last out. Luis Saez rides from post 6 for trainer John Mazza. 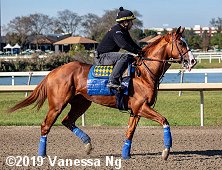 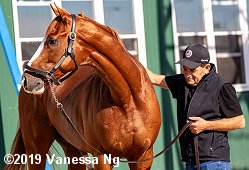 Improbable went out for a gallop Friday. Trainer Bob Baffert said of his last start, a win in the Shared Belief at Del Mar, "I liked his race. He's a speed horse." 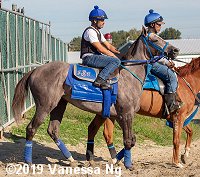 Jaywalk is the main local hope in the Cotillion. Co-owner Chuck Zacney said, "I've got plenty of action coming up. Hopefully, it's a fun, fruitful day on Saturday." 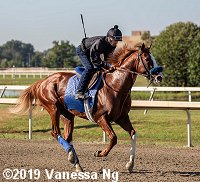 King Jack galloped once around in preparation for the Gallant Bob. Trainer Jerry Hollendorfer said, "That track was playing to speed that day and he got too far behind (in the Shared Belief). I'm not sure what our strategy will be. We're very fast if we want to be." 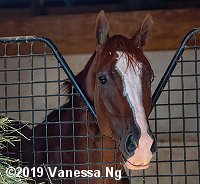 Landeskog galloped Friday morning in preparation for the Gallant Bob where he will break from post 6 as the 7-2 second choice. He comes here off a 4 3/4 length allowance win at Del Mar after finishing 9th in the Woody Stephens (G1) at Belmont. Abel Cedillo rides again for trainer Doug O'Neill. 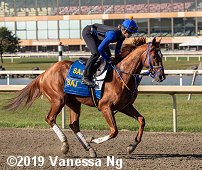 Math Wizard galloped once around on Friday. Trainer Saffie Joseph Jr. said, "He flew in (Thursday), and he galloped this morning and got over it (track) well. It's going to help him with the deeper kind of track here. He doesn't really want a hard surface. It's going to help him run a little bit better. We claimed him for $25,000, and have been fortunate. He's an overachiever. He tries hard. He's had a hard campaign over his last few races, but we freshened him up a bit, so we're here to hopefully get a piece of it. With Maximum Security out it opens the race up. If we get some pace up front, it looks like Improbable is going to the lead, but if they let him go he'll keep going." 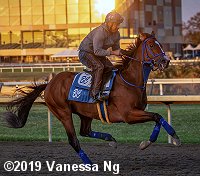 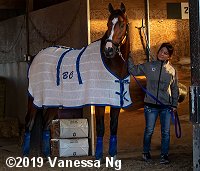 Mr. Money went out for a gallop on Friday. Trainer Bret Calhoun said, "It took us to the Louisiana Derby to get us back on track. He had a wide trip in the Louisiana Derby. He's obviously moved forward from there and has been good all along. Chester's allowed us to place him in some spots where he's been dominant. He hasn't had any grueling, grinding races." 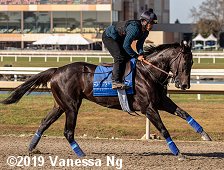 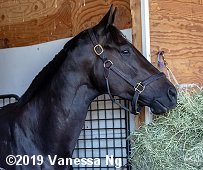 Serengeti Empress galloped Friday in preparation for the Cotillion. She is the 7-2 second choice in the Cotillion and drew the rail with Irad Ortiz in the irons for trainer trainer Tom Amoss. Amoss said, "I think if one of these top fillies that is a proven grade 1 filly already wins on Saturday, she is going to be named champion 3-year-old filly. We're a horse that is coming off sprints, and we think our speed is going to be at its finest. That's her weapon. So that's our plan, to go right out of the gate." 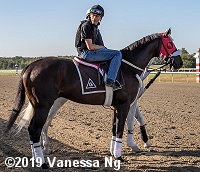 Spun to Run galloped on Friday. Locally-based trainer Juan Carlos Guerrero said, "He ran big, ran huge, but that's what I expected of him (in the Smarty Jones). He's been unlucky before that. In the Haskell he ran big too, but Paco (Lopez) moved him out a little bit too soon, and he lost some lengths there. He was real mad at himself because he knew. He said he should have waited a little longer to go outside, but you can see this horse runs inside, outside, it doesn't matter. It was a crazy day with the heat and all, but we still got a nice check. Parx is home for us. He loves Parx and loves the dirt." 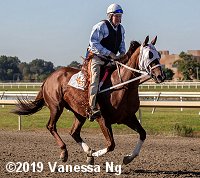 Street Band shipped to Parx Wednesday, walked the shedrow Thursday and took her first trip around the main track Friday and schooled in the gate after the break under trainer Larry Jones. Jones said, "The rail was up and I didn't want to jump it. That was OK. She was good out there and good at the gate. She didn't want to walk back there at first but she followed Serengeti Empress. She said, 'I'm used to following her anyway.' I did let the gate crew know her and that if she's a little apprehensive that it's just her. It's the best filly and mare race of the year. These are some of the best ones out of the Kentucky Oaks. And Chad Brown's horse (Guarana) didn't run in the Oaks yet here she is and she's the favorite. It's a tough spot. We have to hope everything goes well and she gets the trip."