The 21st running of the Pepsi North America was run at Woodbine on Saturday night. With its $1,629,500 (Canadian) purse, not only is it the richest horse race in Canada, it is the richest race of any breed run so far this year in North America. A full field of ten 3-year-old colts lined up behind the starting gate, with Georgia Pacific sent off as the 5-4 favorite.

New Zealand-bred Village Hero was quickest at the start, with Metropolitan and Rogue Hall close behind, as Village Hero got the initial quarter in 26 4/5 seconds over the fast track. Rogue Hall took command on the first turn while parked wide, while Metropolitan saved ground along the pylons. Rogue Hall led the field down the backstretch, through a half in 54 2/5, and three-quarters in 1:23, with Metropolitan and Panspacificflight staying in contention. The stiff headwind through the lane made for a wild finish. Through the lane, Rogue Hall was finished and dropped back to seventh-place finish through the final furlong. Metropolitan looked to be home free but closing on the outside from eighth early on was 27-1 longshot Mantacular. Despite going wide around both turns, Mantacular still had plenty left for the drive and just got up by a head to win the Cup in a final time of 1:51 2/5 for the mile. It was just another head back from Metropolitan to Panspacificflight in third. Favored Georgia Pacific finished fifth after racing in mid pack the whole way, but was only a length back of the winner. 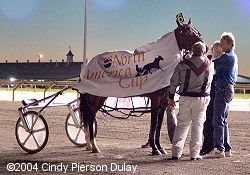 Mantacular gets his winner's blanket. 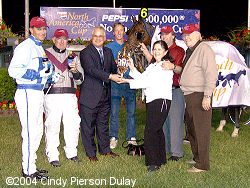 The happy connections in the winner's circle. Winning driver Cattello Manzi, celebrating his first million-dollar race win, said, "It couldn't have gone any better. You never know how these things will go, but I had an idea that the colt could race better if I conserved him early because I like the way he raced at Mohawk. (Trainer) Larry Rathbone has done a great job, I have been friends with him for 30 years. He is a good leaver and he's versatile." 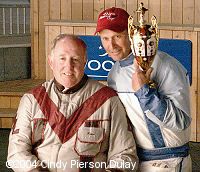 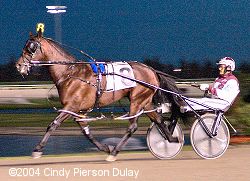 Second place finisher Metropolitan in the post parade. John Campbell, driver of runner-up Metropolitan, said, "I left hard and got covered up by Rogue Hall. When he got tired I just had to wait and get clearance. When I was getting clearance I thought he had enough time to get there, but he just didn't come through fast enough." 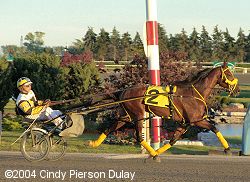 Third place finisher Panspacificflight warming up earlier in the card. 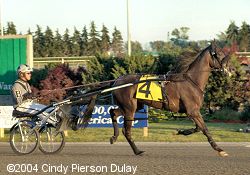 There were four other stakes on the card including the $601,300 Elegant Image Stakes. Results and photos for those races are here.