Here are some more photos from the post position draw for the Breeders' Stakes. 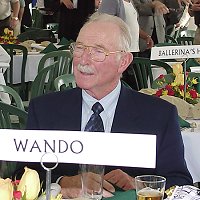 Wando's owner Gustav Schickedanz at the draw. He immigrated from Germany to Canada in 1950 and runs a construction business with his three brothers. He also campaigned Wando's sire Langfuhr. 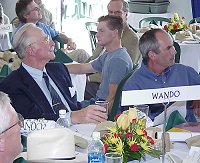 Wando's owner Gus Schickedanz and his trainer Mike Keogh watch the video of Wando's previous wins at the draw. Keogh came to Canada from England in 1970 and has trained for Schickedanz since 1993. 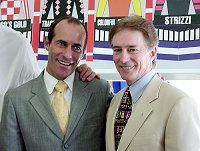 Hall of Fame jockeys Gary Stevens and Sandy Hawley pose for photos at the draw. Stevens was the honorary drawmaster. 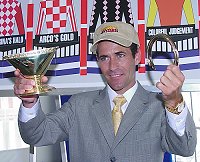 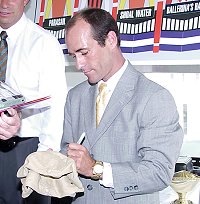 Gary Stevens signed a few autographs for the people in attendance.

Back to the Breeders' Stakes entries