The selection for post positions for Saturday's Preakness Stakes was conducted Wednesday evening at the ESPN Zone in downtown Baltimore. Eleven horses were entered, with undefeated Kentucky Derby winner Smarty Jones installed as the 8-5 favorite on the morning line. 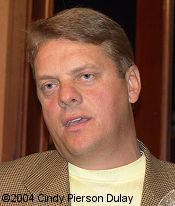 Asked why he chose post seven, Smarty Jones' trainer John Servis said, "We've had a lot of luck with 7 this year, and with that post open, there was no reason to change. He was 7 in the Southwest Stakes and 7 in the Rebel, and the Kentucky Derby was his seventh win in a row. This has been a dream come true. Once we got back to Philadelphia it was crazy, and all my friends from Charles Town have been calling. The thrills continue to come in waves." 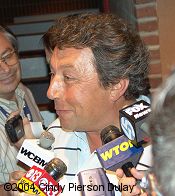 The 3-1 second choice is Derby runner-up and expected Preakness pacesetter Lion Heart,who will start from the rail. Trainer Patrick Biancone said, "We may surprise some people. I took Post 1 because we want to be on the inside. We're happy with the draw. If we had gone first we still would have taken Post 1." Asked if Lion Heart will go on Lasix, he added, "I did not consider Lasix for the Preakness. If I have a headache I take aspirin. If I don't have a headache, I don't take aspirin." 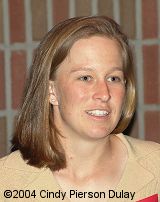 Third choice on the morning line at 5-1 is Imperialism. Trainer Kristin Mulhall said, "I took Post 8 because he's very bad standing in the gate for a long time. I would have done it differently with the double load. Our first choice would have been 7." 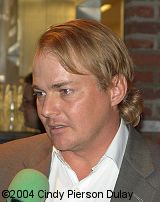 The fourth choice is Rock Hard Ten at 6-1. Jockey Gary Stevens will return from France for the mount. Trainer Jason Orman said, "We didn't really have too much of a chance, but that's okay. They all start side-by-side. After we didn't make the Derby, we just kept training him for the Preakness. He's very athletic for a big horse." 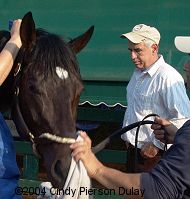 Trainer Nick Zito entered two horses, 30-1 outsider Sir Shackleton out of post 6 and 8-1 fifth choice The Cliff's Edge. The Cliff's Edge is suffering from a foot injury and may be scratched out of the race if he does not improve. Zito said of Sir Shackleton, "We want to see how good he is. We don't know how good he is, and we want to go forward with him. He likes to stay close to the pace, but you never know what happens when the gate opens." 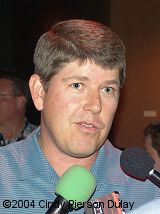 Co-fifth choice Eddington at 8-1 will start from post 9. Trainer Mark Hennig said, "We're ready for Saturday. He's been anxious. He was ready to run (in the Derby, and failed to draw into the field) two weeks ago, and since then we've tried to keep him on an even keel. We opened his blinkers just a touch for this race. As far as the post goes, No. 8 is as good as any."